As an Amazon Associate, we earn from qualifying purchases.
61shares

The holiday season is upon us finally and what better than the cozy smells of spices in the air, especially cinnamon?

Carve out a 15 minutes in your day to create this Cinnamon Simple Syrup to add to favorite cocktails to spice them up or even your coffee. My all time favorite SBucks drink is the Cinnamon Dolce Latte, that will be coming up on the blog for sure!

My Cinnamon Simple Syrup is easy to make and best of all it can last almost a month in the fridge. It only takes a few ingredients, water, sugar and whole cinnamon sticks which are a plenty in stores right now

First, measure out your water and place in a small sauce pan. Next, gather your cinnamon sticks. I wanted a nice cinnamon flavor and not a “whoa, that is CINNAMON” type of flavor, so I went with 3-4 smaller sticks. I’ve seen Costco-sized sticks at, well, Costco if you’re interested in really amping up that spice level.

Let the cinnamon sticks and water come to a boil, then reduce to a nice simmer for about 10 minutes. You’ll see the water darken and get a nice warm looking color.

Return the nice copper colored water to the stove. Add in your sugar and stir on low heat until it is dissolved.

Next, place into a glass dispenser bottle and let cool on the counter for 30-60 minutes. Then use or place in your fridge. It can last up to 4 weeks.

This sweet and cinnamon infused simple syrup is perfect to use in your favorite cocktails or coffee drinks.

This will last in a sealed container in your fridge for 3-4 weeks. 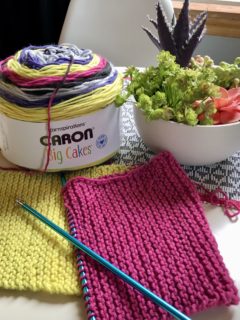 Previous
How to start Knitting - for SUPER beginners 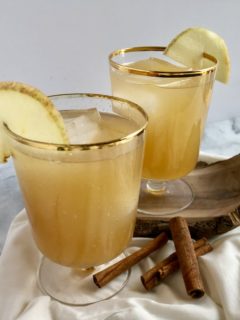 Ohhh I love cinnamon simple syrup! So good in fall and holiday cocktails!

Welcome to my little corner of the internet, I'm Trista. Let's explore some tasty drinks while tackling all the rest that the world throws at us.